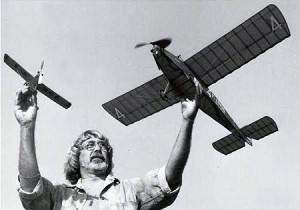 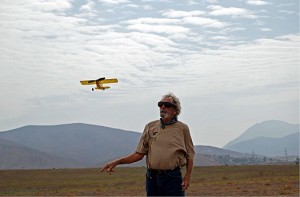 John Oldenkamp was born in 1931, was an Honors graduate of DePauw University, and served in the United States Navy from 1950-54.

A South Park/Golden Hills resident since 1969, John and his life partner Carin Howard live in a Craftsman style home in South Park. His professional background included working for General Dynamics Astronautics as an offsite and corporate photographer, and as a self-employed editorial and advertising photographer in San Diego from 1965 until 1995.

After retiring John traveled extensively in the United States and internationally. John has been widely recognized with regional and national awards most notably for his work for Psychology Today Magazine. He was also elected to the National Free Flight Society Hall of Fame in 1998 for excellence in aero modeling design and editorial work.

John was instrumental in the birth, specification, promotion, and support of the P-30 free flight model airplane class as we know it today. Additionally he was a driving force in the development the E36 free flight class. He served as President and Newsletter Editor for
the San Diego Orbiteer Free Flight Club.

Deeply involved in community work, some of the organizations he worked with included SOHO, including 14 years as a Board member; 4 years as the president of the San Diego Art Director’s Club, which later became the SD Communicating Arts Group.

John’s preservation efforts include an important assemblage of his architectural photography work done in the 1960’s and 70s in San Diego of the works of architects Lloyd Ruocco, Paul McKim, Homer Delawie, Deems, Lewis, and Schell and Geritz. John also renovated one of the Schindler Pueblo units in La Jolla.

From El Torbellino, newsletter of the San Diego Orbiteers, November 2014