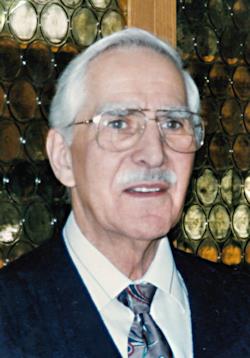 We lost Tony Italiano, past president and modeling legend on October 4th, 2013. Tony was responsible for many thing NFFS takes for granted and he was a very good friend of mine. Below is his obituary:

Tony Italiano was my friend.
Tony was a simple man. His models were simple. His .020 old timer was simple. His K&B .21 Shocer was simple. Heck the only mechanisms I ever saw him use was an auto rudder on his simple tow line glider. He was one of the few folks left that used a standard 1.5 volt battery to start his engines. No matter what I suggested, he stayed with that simple system. However, he was far from a simple man.

The silver haired fox was just that, a fox. I have no idea how he did it, but his technique for picking thermals was to just get the engine started. I timed many of his flights at his home field, Bong Recreation Area, and most ended up in thermals. No mylar streamers, thermometers, or bubbles, he would launch when he “finally” got the engine started. He had the knack. But this was far from what the man was. Just a brief look at his career in business shows what he really was.

This is a quote from his obituary:

“Anthony J. Italiano was born on April 2, 1923 in Waukesha, Wisconsin to the late Joseph and Mary Italiano. He was reunited with his wife, Dolores, on Friday, October 4, 2013 at the age of 90.

When Tony was 18 years old, he and his brother Victor opened a hobby shop in Waukesha. The business grew and they needed to relocate to larger quarters 3 times. He organized Supreme Model Supply Company to produce model airplane kits. Tony joined the Air Force, after completing pilot training; he went to New Guinea on the baby flattop CVE Admiralty Island. He joined the 64th squadron at Lae, New Guinea in November 1944. Tony gained much experience under trying weather conditions and strange mission environments, with this experience he bore fruit for the future assignments he received for the next 50 years. During August of 1945, Tony transferred to the Far East Air Force headquarters squadron in Manila. In December of 1945, Tony was assigned as an Engineering Officer and then transferred to Chafu Air Base, Tokyo as an Operations/Engineering Officer and Interim Commander of the base. He was the only officer supporting 67 skilled personnel; included in the assignment was 27 aircraft which included the 2 aircraft supporting Generals MacArthur and Eichelberger. Tony returned to the states in July 1946 and joined the Air Force Reserves; retiring April 2, 1983 as a Lt. Colonel. Meanwhile, Tony entered the industrial world as an Aero Engineer. Eventually Tony joined General Motors at their Delco electronics facility, Milwaukee. He had various assignments while there which included Head of Fire Control Engineering for equipment which went to the F-84, F-86, F-94 and F-102 aircraft. He was the head of the Apollo program office for the guidance equipment for the mission to the moon and back in cooperation with Massachusetts Institute of Technology. Tony as was the Program Manager of ordinance products. Tony retired in June of 1984 from General Motors as an Executive responsible for all government contracts at Delco.”

That was his professional life. The modeling world never left him as his number one love was free flight. He was a charter member of the Bong Eagles. He was instrumental in many National Free Flight activities early on. Needless to say, he was elected to 3 straight terms as NFFS President. Throughout his term, his hand written letters streamed throughout the country, growing the group. He ran a world indoor championship at his crowning achievement, the Johnson City indoor site. Tony spent hours on the road, looking at various venues until he found the one. I am sure Tony charmed his way into meeting the highest ranking folks there and then convinced them to allow us to use their facility. Tony could do that.

If there was one thing I learned from my friend, it was organization. Again, everything was hand written in a clear, concise manner. I never saw him in any business situation, but he always was calm and collected. I wish I was one hundredth as good as he was.

In Tony’s later years he turned to indoor. He flew most of the “simple” events but always was there, competing with models that were finely constructed and almost always flew well.

Was he the most competitive person I ever met in the modeling world? No. But he was there, having fun, and enjoying the flight. I think that says it, he enjoyed the flight.

NFFS and the modeling world were better off with Tony at the helm. He is missed but I am sure there are some left handed models up in heaven with Tony’s name on them.
Anthony J. Italiano.  My friend, mentor, and friend. Thermals……