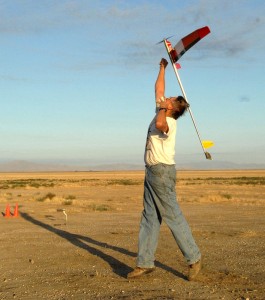 The scores may look a bit closer than in earlier years due to the new scoring scheme of 2 point increments and bonus points starting now at 5 entries. Even with that said, we have two of the highest 1st place scores in F1A and F1B:  Jama Danier with 112 points and Alex Andriukov with 110 points.  Second places are not even close. Next year their competitors should try garlic, silver bullets and crosses.
Just about all the 1st place spots are all but mathematically locked up, casket closed. This means unless there are un-characteristically high entries (ie bonus points) at these contests the current 1st place flyers are sitting pretty in their Black Silk outfits.
The most precarious is Peter Brock on top for the F1E hill with 101 points.  Geralyn Jones is second with 86 points. But lurking in the shadows is Tom Ioerger with 77 points but with only 3 scores, 2 at Lost Hills and one at Denver). This year the site rule was changed: 3 scores from one site can be counted (Denver was the only non- Lost Hills F1E site this year). Therefore, Tom could take the lead with a win at the Patterson (the only F1E contest left this year). Vision of a big cowboy hat slowing arises from behind the ridge to give a soft but effective push to the current leader.
An unlikely change of first place would be, for example: Julie Parker would need to win 2 of the last 3 F1S contests with 5 entries (ie 1 bonus point each) to overtake Jack Murphy’s current score of 104 points. That of course assumes Jack does not attend to protect his position. Jack could do this by flying at the last contests or perhaps in other spooking ways.  A tie does Julie no good in that Jack has two 26 point and seven 25 point tie breaker scores. Jack has scored in 14 of the 20 F1S contests flown to date!  We have not seen this level of competition since Dick Woods. That’s a scary thought.
It may look like Ben Tarcher could catch Jack Murphy in F1Q being only one point behind. His problem is there has been only one contest in F1Q so far with a bonus point. Jack won it, the Kotuku Cup with entries literally spread from coast to coast. The probability of 5 or more entries at one the last 3 contests is slim…. oh and Ben would have to win. Although, if Ben did win a 1 bonus point contest for the tie, Ben with the current scores would win the tie breaker. How will the leader, Jack-O-Lantern respond?
I’m tied with Blake Jense in F1H with 100 points— not a single bonus point contest this year.  Perhaps I should build 4 top kicks and hand them out at the Wellington contest— I think not, Blake beat me heads up at 3 contests this year and has five 25 point tie breaker scores waiting on the gallows. Blake has demonstrated his F1H superiority this year as he drove all other competitors back to their dark hiding places (Texas being one).
The FAI power events (F1C,J, P) are looking grim. Perhaps the Grim Reaper should put these events out of their misery. In these 3 events, only 3 flyers, Faust Parker (F1C&J), Bob Hanford (F1P) and Mike Fedor (F1P), have meet the 3 contest site requirements. Our shiny heroes, keeping Power ALIVE!
Trick or Treat! That’s a wrap for now– send corrections to my email (below).
Jim Parker
SCAT AmCup Ghoulish Administrator
<N89015@aol.com>